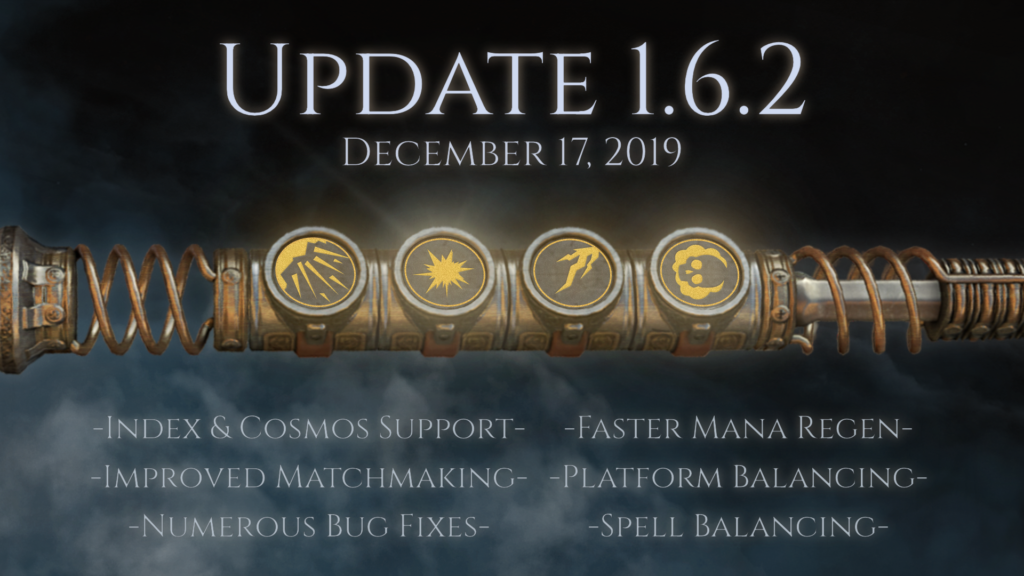 1.6.2 is finally here! Most of the changes are based on feedback from the community. You can now duel the AI without being removed from the matchmaking queue, Quest players can activate Teleport with their off-hand, and the game has been rebalanced to account for dodging!

The most important balance change is faster mana regeneration. While the regen rate has been increased for everyone, it’s been increased slightly more for players who are unable to dodge. The result is matches that are more fun, more fair, and more exciting than ever. We’ve really enjoyed testing these balance changes, and we hope you enjoy trying them out in Season 13!

Holidays in the Beyond Giveaway