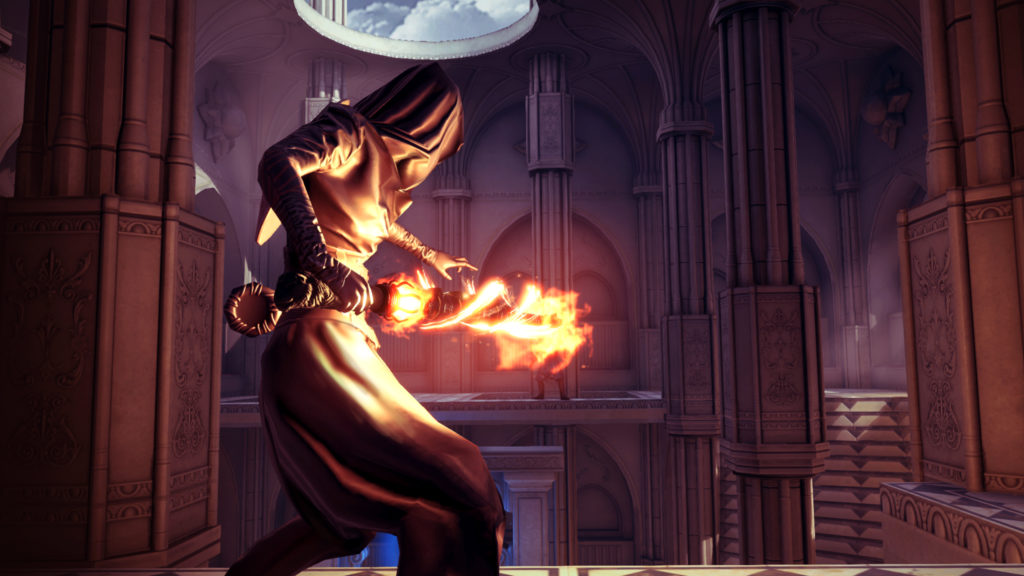 Tuesday, December 19th marks a big day for all Wands players! Not only is Wands from today available through Steam for both Oculus Rift and HTC Vive, but a major patch update brings forth big features long awaited by its dedicated community. The team at Cortopia Studios have been hard at work to make sure your Christmas holidays are packed with new content and a major update on balance issues and bugs. Enjoy patch 1.3.4 and all the new features it brings!

Wands is now available on Steam!! 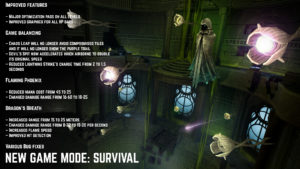 Game balancing
-Chaos Leap will no longer avoid compromised tiles and it will no longer show the purple trail
-Devil’s Spit now accelerates when airborne to double its original speed
-Reduced Lightning Strike’s charge time from 2 to 1.5 seconds
-Flaming Phoenix
–Reduced mana cost from 45 to 25
–Changed damage range from 16-60 to 10-25
-Dragon’s Breath
–Increased range from 15 to 25 meters
–Changed damage range from 8-22 to 10-20 per second
–Increased flame speed
–Improved hit detection

Bug fixes
-Lightning Strike now damages your opponent
-Fixed visual issue with Dragon’s Breath on Temple of Ophidian
-Fixed issue where Chaos Leap would stop working after trying to cast it without enough mana
-Match will now proceed properly to Lobby if match ends in draw
-The remaining player can now retrieve pickups as intended after two players tried to enter the same tile
-Exploration no longer counts as a match, you won’t take damage and it won’t end after 3.5 minutes
-Fixed issue where game would crash if trying to bring up menu in Lobby on Daydream
-Repaired sound effects for the trains on Ortus Station
-Improved recovery on connection failed in the Workshop